At the prime age of 25 years, Rose Mwikali carried her pregnancy with great joy, excited at the thought of meeting her newborn. It was the first child for Mwikali, now aged 87 years who hails from Kitui County in the Eastern part of Kenya.

When she finally began experiencing labor pains, Mwikali decided to stay at home first as the pains progressed, until a time when she was sure the baby was just about to arrive. And it is exactly what she did.

However, when Mwikali arrived at the hospital, she was turned away, with the nurses telling her that her baby was not yet due. She returned home as instructed by the medics.

But at home, the pains did not stop and a few days later, she decided to return to the hospital. But once again, she was turned away, and told to return when she was sure her baby was almost coming. 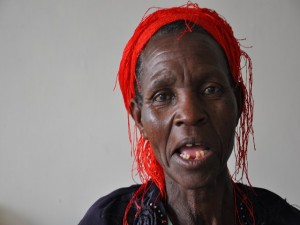 Eventually, 18 days after she first experienced what believes were labor pains, she went to the hospital, ready to deliver her baby.

Mwikali describes her birth experience in the hospital as her worst experience ever.

“As my labor progressed and as I cried out with each contraction, calling out for the help, I was responded to rudely, with the nurses telling me to stop yelling or they would throw me out of the hospital. At some point, I remember receiving a slap from one of the nurses due to ‘my constant nagging’. I ended up delivering the baby on my own right there in the hospital ward, as the nurses engaged in pointless banter. None of them came to my assistance as I delivered my baby on my own,” a sad Mwikali remembers.

But her tribulations did not end there. She soon noticed that she could not hold in her faeces and urine anymore. After returning home with her newborn, the leaking stool and urine bothered Mwikali so much that she returned to the hospital, which was tens of kilometres away from her home. Due to the distance, which she needed to make on foot in rough terrain and under the scorching heat, she decided to leave her baby behind –under the care of relatives.

But once at the hospital, she was told that her case was severe and was immediately admitted. Sad at the thought of not returning to her baby that day, she could only hope that her newborn would be well taken care of by her relatives.

But the worst was yet to come.

A few days after her admission, she received news that her baby had died. He was only two weeks old.

“I was not around to offer him breastmilk. I come from a poor family where cow’s milk is a treasure, so my relatives were feeding him on porridge. I don’t know if they it was the porridge that was bad, or if it is because he was too little to take porridge. All that I know is that my baby –the only child I would ever have, died,” she says, a forlorn look on her face. 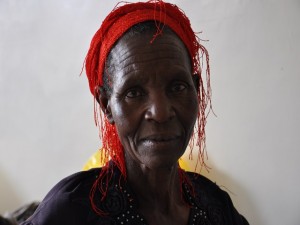 That was in 1963. For the last five decades, her life has been a miserable shell, where she hides from people because of her foul smell. Her life has also been characterized by constant visits to the hospital due to the issue, which has seen her undergo five surgeries that attempted to repair the fistulas. Only the second surgery was partly successful for it repaired her rectovaginal fistula. The vesicovaginal fistula was never successful.

In June 2015, while listening to her favorite radio station which broadcasts in her vernacular Kikamba language –Muusyi FM, she heard the call for women who leaked urine or feaces to make their way to the Kenyatta National Hospital in the capital city of Nairobi. And she did exactly that, hoping that the free services applied to all women –both young and old as she. Mwikali could not wait to be rid of the agony that her life had been for the last 52 years.

“It’s never too late for one to seek a better life even in their sunset years,” she told herself as she boarded a matatu to Nairobi.

After undergoing her sixth surgery which turned out successful, Mwikali was overjoyed, happy that she no longer leaks urine, but that she will never have to undergo surgery again.

“This is unbelievable. I had long given up hope of living a normal life again. Today, I am able to not only smile, but laugh out loud –something that I have not done in five decades. The nasty labor and birth experience, my son’s demise, combined with years of leaking urine and faeces robbed me of my laughter. But today, I can smile again. I can laugh again. Thank you Flying Doctors and the Freedom from Fistula Foundation and the lovely medical team that made this possible.” 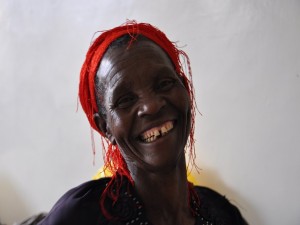 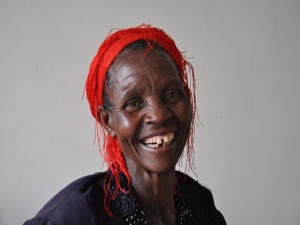 Mwikali is one of the 208 beneficiaries of the free fistula medical camp this year. She is one of the six women from Kitui county who underwent successful repair surgery.