Introduction
Amref VVF camps started in Kisii in 2009 and since then Amref in partnership with Freedom from Fistula and Flying Doctors Society and other partners have held annual camps in this site. During this camp the No. Of   Consultations were (60) and Operations (52). Major cases seen in the camp include VVF, RVF, and Bladder stone, Cystocele, Rectoceles and other conditions.

This year camp went on well as planned in Kisii level five hospitals despite the ongoing strike by medical personnel country wide. The patients came with fear that the camp will be cancelled , but to their amazement  business was as usual , Joyce a patient quoted saying “ the doctors  in this hospital are very caring, can’t believe they are not on strike just to attend to us, May God truly bless them for their sacrifice….”

Naomi Moguku VVF ambassador operated in 2010 was happy that her surgery was successful, has been creating awareness in Gucha her home area and was more than delighted to bring 8 women during this camp to undergo surgery. Naomi quoted “I inform people everywhere I go about fistula even in church to help others, who would be suffering in silence just the way I was…” 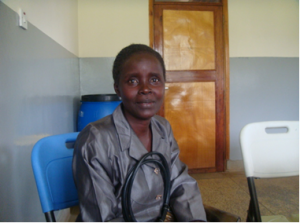 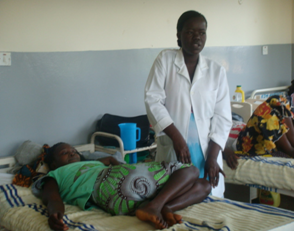 Tale during the camp;

Unlike other fistula camps, Jude the physiotherapist who was expectant went into labor the last day of the camp and was admitted at the same facility. She delivered a healthy baby girl (Connie) 3.8kgs on 21st September. The staff at the facility was very happy to receive the new bundle of joy, saying they have received a precious gift after the hard work. 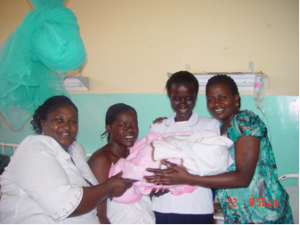 Staff visited Jude second from left to congratulate her