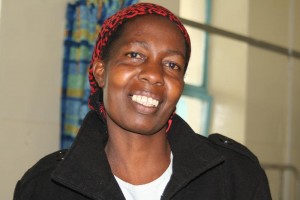 41 year-old Marion Wambui, a casual farm laborer from Nyeri County, Central Kenya and a mother of two, has been living with fistula for the last 20 years.

It all began with the birth of her second child in 1997.

“I had enjoyed a good pregnancy, but I wish I could say the same of the birth!

It was a very difficult delivery. My son was big –weighing in at 4.5kg. I had been in labor for almost 12 hours before I finally delivered him. It was a very painful and extremely agonizing vaginal birth. But I was proud of the end result –a happy and bouncing baby boy who I was delighted to hold in my arms.”

However, this joy had come with another set of challenges.

“When I got home, I noticed that I would wet myself all the time. But that wasn’t the worst part. I noticed that I would fart involuntarily, and I also could not hold my bowel movements. Even worse, I would pass stool on myself! This puzzled me because I had not experienced anything of the sort after my first birth. My first born was a daughter, so I thought maybe it was something to do with baby boys.”

Marion didn’t return to the hospital, as she assumed that all that was happening would disappear with time.

“I’m a single mother, and I therefore had to go out and look for work to enable me provide for my children. But I always had this foul smell that I carried with me, and so getting employment was difficult. The most suitable job that I could get was a farm laborer, since that way I didn’t have to work closely with people. In addition, the outdoors was good and kept the smell at bay. In addition, whenever I felt myself becoming wet with either urine or faeces, I would just rush to the nearby bushes and quickly relieve myself. Most of the time I kept my smell to myself. I also avoided getting involved in social activities such as ‘chamas, women groups meetings, or church activities because of my condition.” 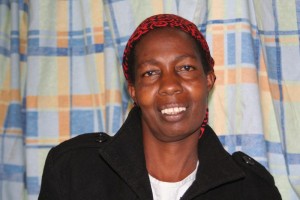 Only recently, Marion’s village became connected to electricity, hence enabling many homesteads to buy television and radio sets where they today enjoy watching and listening to their favorite shows. Since she herself could not afford one, she would pass by her neighbor’s place each evening to catch a glance of her favorite TV station -Inooro TV. One evening, she saw an announcement calling for women who suffered from leaking urine or feaces to make it to the Kenyatta National Hospital (KNH) where they could receive free fistula repair surgery. She knew she was the one who was being called out.

“I was surprised because the television advertisement was describing me! Afraid of the opportunity passing me by, I didn’t waste time but immediately took out the little savings I had and came over to Nairobi. At the Kenyatta National Hospital, where the medical camp was being held, I found kind people from the Flying Doctors Society of Africa (FDSA) and Freedom from Fistula Foundation (FFF) who had sponsored the activity. I was surprised to see so many other women there –both young and old with the same problem such as myself. Yet all along I had known that I was the only one who had this problem!” an elated Marion told us.

Marion was one of the beneficiaries of the 2017 free fistula camp, undertaken by FDSA and FFF in collaboration with other partners, among them KNH and Royal Media Services.