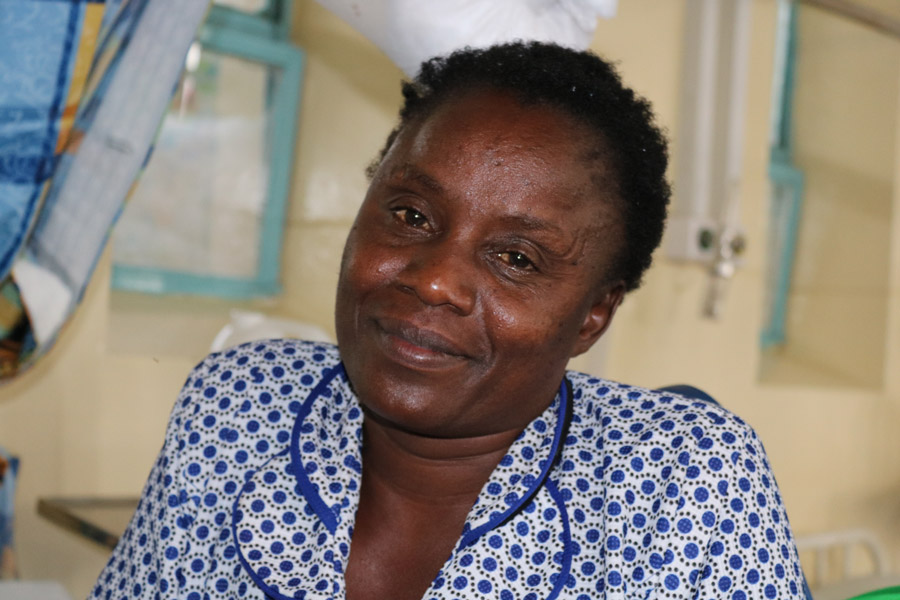 We met 45-year-old Catherine Chebet at the 13th Fistula National Camp held at the Kenyatta National Hospital (KNH) in July 2019. A teary but beaming Catherine, who hails from Bomet county, shared her fistula journey with us.

“My second pregnancy was one that I enjoyed; it was smooth without any complications. However, the outcome was not what I expected.

When I began feeling slight contractions signifying the start of labor, I decided not to go to the hospital –just yet, instead opting to delay until when I was sure my labor was in its final stages.

Several hours later at about 3am, the labor pains intensified and I knew that baby was about to be delivered. But since I was deep in the rural area with no access to transport, I had to wait till dawn so that I could begin the 3-kilometer trek to where I would find public transport to the hospital.

It was a very difficult walk as I was in great pain. Thankfully, my sister-in-law was with me and comforted me along the way. When we finally got into a matatu, the ride to the hospital was no better as the contractions and the pain were intense.

Finally, we got to the hospital at 7am. Upon examination, the medics informed me that my baby was distressed and tired. I too was very exhausted and I had very little energy, if any, to push my baby. I was immediately taken to theatre for a caesarean section.

Sadly, my baby, my second born son, did not make it out alive. He had pooped in my stomach and ingested the contents. 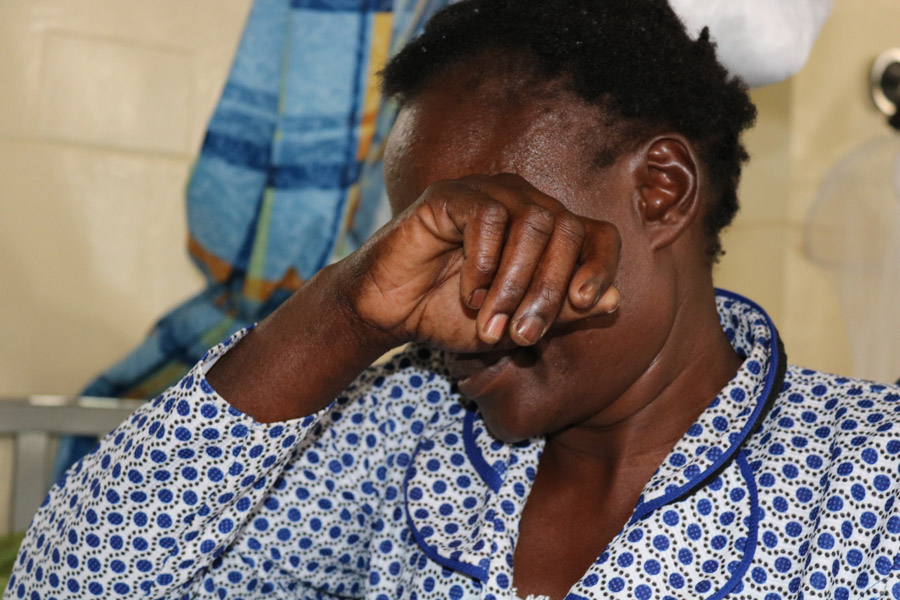 Blaming Myself for my Son’s Death

The news of my baby’s death shattered me. For nine months, I had been looking forward to holding my newborn, but that was not to be.

If I had gone to hospital earlier, my baby would have survived. The main reason I delayed going to hospital was because I didn’t want to spend a lot of money there. You see, I had heard stories of women who went to hospital early, only to be sent back home to return later. Others had been retained in hospital only to deliver days later -thus increasing their hospital bill.

We are not well-off financially, so I only wanted to spend a minimum of one day in hospital, hence my decision to endure part of the labor at home. However, what I didn’t realize is that my decision had endangered my baby’s life.

What’s worse is that I ended up staying in hospital for seven days following the caesarean section. I ended up spending the same money I had been trying to save and worse, with no baby to show.

My relatives buried my newborn in my absence since I was unable to leave the hospital. It saddened and hurt me deeply. I kept wishing I had gone to hospital earlier.

But my tribulations were far from over.

After delivery, I noticed that I was unable to control my urine. Since it was my first birth via caesarean section, I didn’t think it was odd. I thought it was just the usual lochia.

However, one month later and still leaking urine, my sister advised me to return to the hospital. At the hospital, they termed it as a ‘complicated women’s issue’ and referred me to a better-equipped hospital. 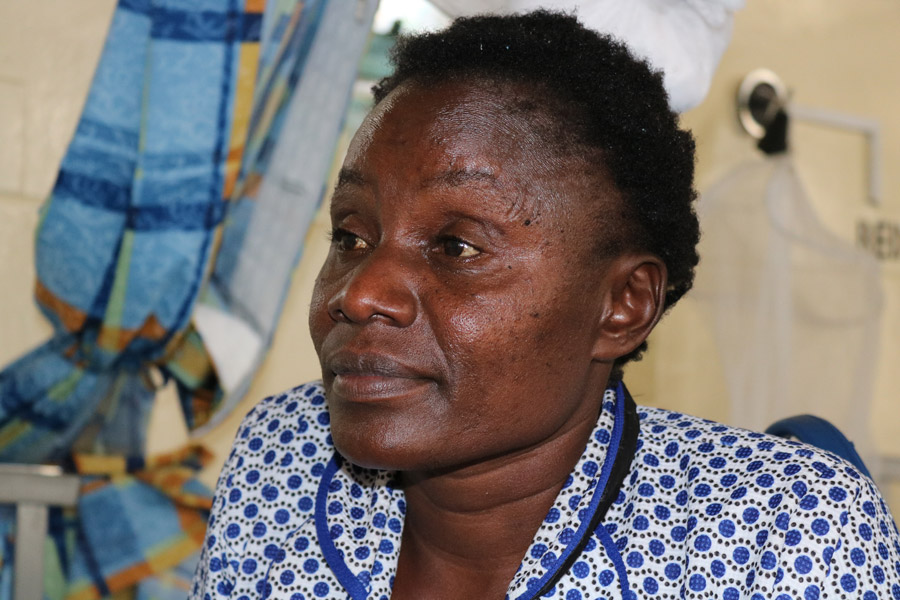 Unable to Control my Urine

At this second hospital, I was informed that I had a fistula. I underwent surgery, but which didn’t resolve my leaking urine problem. When I returned to the hospital two months later with my concern, I was referred to yet another larger hospital. There, I was informed that the fistula repair surgery would cost Sh300,000 which neither me nor my family had. I returned home dejected, knowing that I would have to live with the fistula for the rest of my life.

Life became difficult after that. I had to constantly pad my underwear with pieces of old clothing. Whenever I needed to leave the house to attend a function or go to church, I had to wear children’s diapers. This was so humiliating. Diapers were also very expensive so eventually I stopped leaving the house.

I couldn’t get any employment as a casual laborer either because of my condition. After a while, my husband left me because of my constant ‘urine leaks’ and smell. I returned home to my parents with my first-born son.

My Life Has Changed for the Better

One day, I was listening to the radio at home when I heard an announcement on Radio Citizen about a free fistula camp for women. They also said it was free! I quickly looked for money and made the journey to Kenyatta National Hospital (KNH) in Nairobi.

The first thing when I arrived at KNH was to confirm with the medical team that the services were free. I was so surprised because I couldn’t imagine that there would be organizations willing to help so many women get free fistula surgery.

I am now recovering from the surgery and I already feel like my life has changed a lot. Each time I stand up after sitting, I keep touching my buttocks just to check how wet my dress is, but I keep getting shocked each time I find that my behind is completely dry. I cannot describe the joyful feeling that gives me. It’s a miracle! 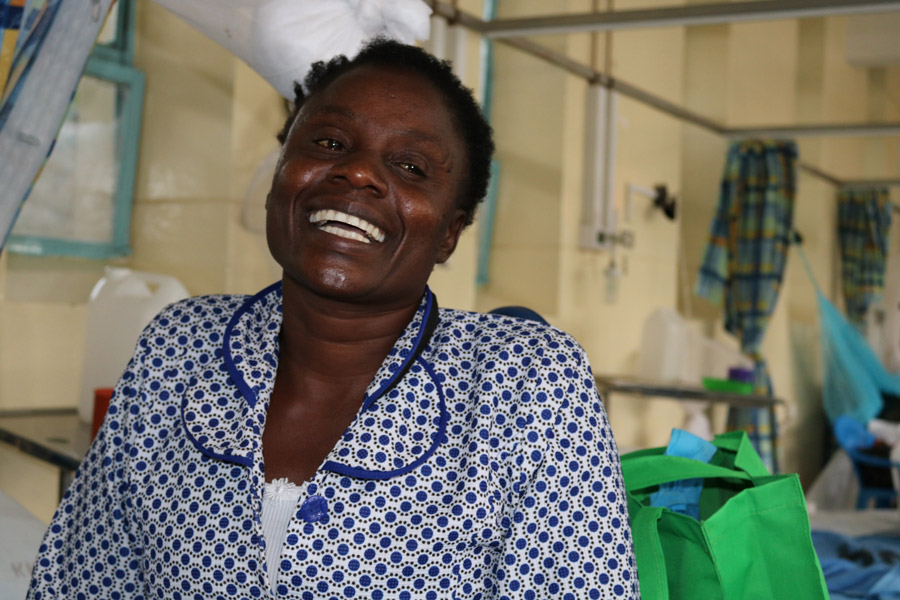 I am even more fulfilled to know that when I feel like passing urine, I’m able to go to the toilet and relieve myself. This is unlike before surgery when the urine would just trickle down on its own, uncontrollably.

The first thing that I’ll do when I return home is to go to church and share my testimony. I will encourage all women who have this problem to have hope that they too will be healed of their problem. I thank the FDSA team and all the partners who have given me reason to smile again. I know my son will have a bright future now because I’ll be able to get a job and get money to educate him!