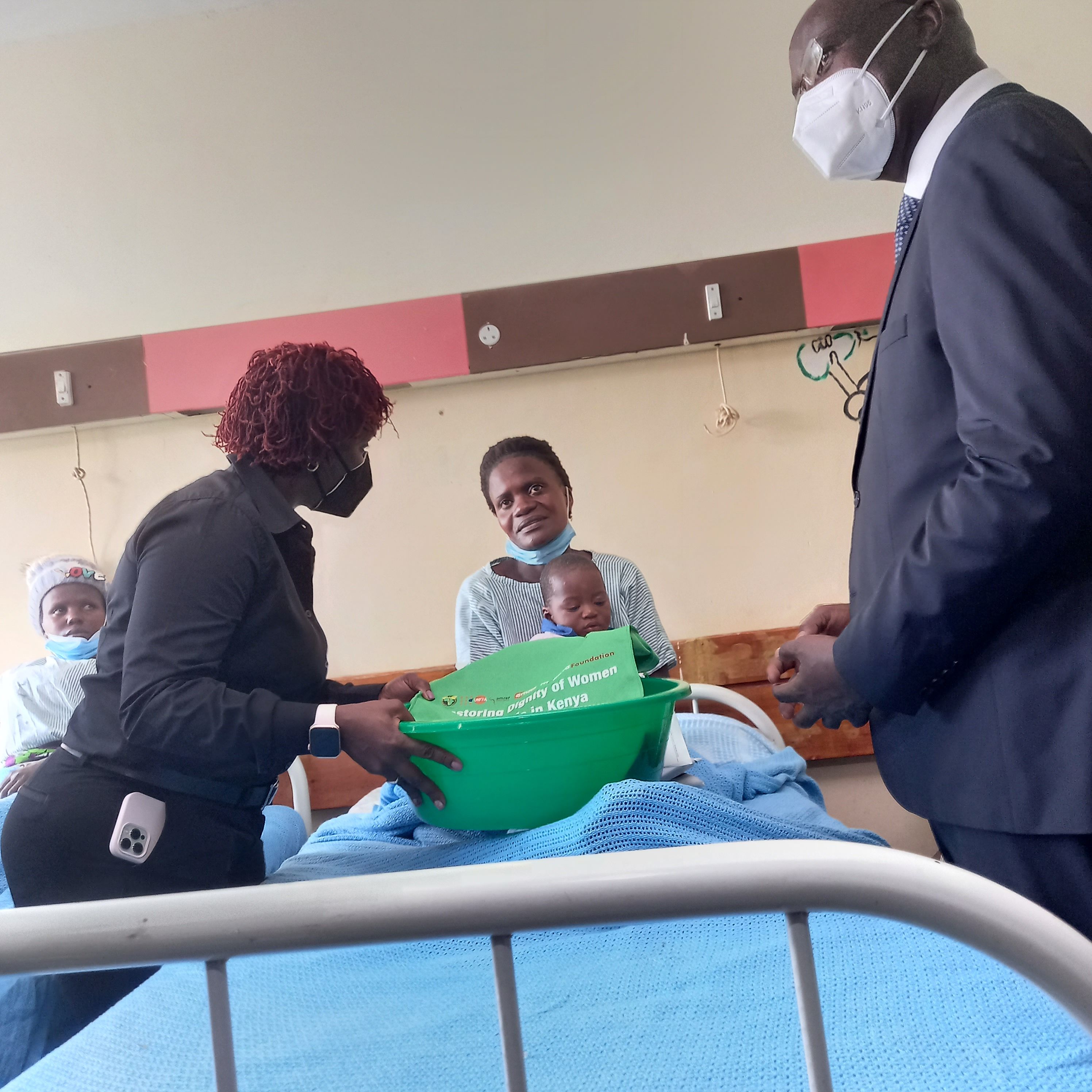 Caroline Naliaka Wafula is a 30-year-old mother of four living in Sikanga village in Bungoma County. She sounds aloof but agrees to proceed with the interview. Having dropped out of school in class five, Caroline got married at an early age and resultantly bore children while still young. She had her first child in 2011 while she was 20 – years old. She developed fistula in 2018 while delivering her third child.

After delivery, Caroline realized that she was unable to properly control her stool flow. Whenever she felt the urge to pass stool, she could not hold it and had to relieve herself to avoid soiling her clothes. She knew she needed to get medical attention but could not seek any help as she could not afford it. She thought that she was having a stomach upset and constantly took Flagyl, an over-the-counter antibiotic. Needless to say, the medicine did not remedy the situation.

She kept her condition to herself and told only her husband. She tried to maintain a relatively normal life but was keen to listen to her body and rush to relieve herself whenever she felt the urge. She went on with her work as a farmer and socialized with friends though at a very limited rate. She was very conscious of her condition and did not want to embarrass herself. On several occasions she would have to rush to the bush to help herself, an act that she was not proud of or keen to perform whilst amid her friends and family.

Caroline took her baby to the clinic in early 2021. While there, the doctor asked her if she would be interested in cancer screening, and she answered in the affirmative. The doctor checked her and informed her that she had fistula. He informed her of the possibility of having surgical treatment at the hospital and took her contacts with the promise to call her when the clinic began.

The doctor kept his word and called her. On October 4th, 2021, Caroline received treatment and is currently in recovery. She is excited to resume normalcy and promises to tell other women about fistula to ensure that none suffers like she did.