Contemplating Whether to Visit Burundi!?!

Burundi is a country in the great lakes region of Eastern Africa and it’s bordered by Tanzania to the east and south, Democratic Republic of Congo to the west and Rwanda to the North. Even though it’s a landlocked country, much of the southwestern border is adjacent to Lake Tanganyika.

Before I made a trip to Burundi, I had this notion that it was not the best country to visit and so there’s no way anyone would have it on their radar screen…this was fueled by an article about Burundi I happened upon while surfing the internet. How wrong I was! On the contrary, this country has some amazing and wonderful things/places to do/visit – things that would tickle anyone’s fancy. Clearly, I had been living under a rock not to know about this bit. Actually I learned a lesson here; that we should not be fast to judge anything or anyone especially just because we heard or read something controversial about them.

In the past few years, Burundi has come out as a major tourist destination which is why you should consider visiting the country some day if not soon. I even have information that will give you some relief…Burundi being part of East Africa, you can acquire travel insurance cover from the Flying Doctors Society of Africa which caters for the health of individuals doing their travels within East Africa. For more information on the different packages, please click here

There are quite a number of places to visit in Burundi that would make your visit much more fun ranging from historic meeting place of Stanley and Livingstone, National Museum of Bujumbura, Kibira National Park and Craftwares Village at Giheta – at least these are some of the places I thought I would recommend to anyone if asked to. However, what I fell in love with the most is the Giheta’s Craftwares village. It’s here that I realized I had a thing for art, too bad I had to learn this after my teen years and only after visiting Burundi. But then again I have no regrets! They say, better late than never. At Craftwares you will gain new insights…you will gain knowledge regarding ivory, leather, wood carving, ceramics, sculptures and what I love the most which is paintings. For a moment, I felt like an artist even though am not really one. 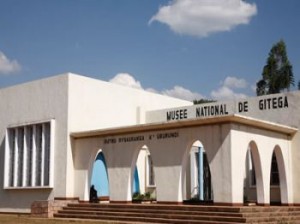 National Museum and the craft-wares village in Burundi

Next time you want to go on holiday, consider visiting Burundi hence experience the good things it has to offer you!